A few days ago, Numen Cyber Labs discovered that the New Free DAO project on the Binance Smart Chain (BSC) was attacked by flash loans. As a result, the price of NFD tokens dropped by 98%.

The vulnerability was found in a contract for receiving rewards. Hackers used flash loans to borrow large amounts of WBNB, exchanged them for NFD tokens, and then used an attack contract to repeatedly create multiple contracts that called the reward contract function in the NFD project, resulting in a profit of 4481 BNB, equivalent to $1.25M. The hacker left the scene, but the project and its users were left with a lot of troubles.

What is a Flash Loan?

Flash loans were first proposed by the Marble Agreement in 2018. Marble describes itself as a “smart contract bank” and offers a simple but smart DeFi innovation: risk-free loans that can be easily obtained through smart contracts.

How it works: Anyone can borrow a large amount of money from a flash loan platform without collateral, but must return the borrowed funds at the end of the transaction and pay a handling fee. If the funds cannot be returned as required, the transaction is rolled back. (This makes use of the characteristics of blockchain smart contracts).

A flash loan attack refers to the use of flash loans and other vulnerabilities to carry out arbitrage, price manipulation, and other types of attacks.

Why are Many Projects Attacked by Flash Loans?

It’s becoming increasingly common to see projects attacked by flash loans, which have become a well-known attack method. But why are so many projects falling victim to these attacks?

At its core, the flash loan platform simply provides funds to users, which shouldn’t be a problem. However, some project protocols have inherent vulnerabilities that hackers can exploit by borrowing large amounts of funds through the flash loan platform, which they then use to launch attacks and profit from them.

Projects that are commonly attacked tend to have the following characteristics:

How to Prevent Flash Loan Attacks?

Many people may argue that the best way to prevent flash loan attacks is to shut down all flash loan platforms, but this is not a realistic solution.

In conclusion, while this is a simple analysis and security suggestion for flash loans, the characteristics of being attacked, and the prevention method, there are other better ways to avoid attacks. Our goal is to make each project more secure. In the case of the NFD project, we have conducted a detailed analysis.

A. The hacker calls the addMember function in the attack contract after deploying it, adding themselves as a member.

C. The hacker then transferred all NFD tokens into the initial attack contract, 0xa35ef9fa2f5e0527cb9fbb6f9d3a24cfed948863, and continued to create new contracts, transferring all NFD tokens and calling the function of the reward contract to profit. This process went through multiple cycles of creating new contracts, as there is a conditional judgment in the NFD reward contract. The hacker had to keep creating new contracts, and the balance of the hacker’s NFDs had increased to 7407780 in the second cycle.

D. In this single transaction, the hacker gained 2952 WBNBs. This was just one of their trades, and the hackers executed similar transactions 3 times in total, making a total profit of 4481 WBNBs, equivalent to about $1.25M.

In the attack transaction flow mentioned above, we noticed that the function 0xe2f9d09c in the reward contract was called multiple times. Our analysis revealed that the reason behind this was the code in lines 168-169, where the timestamp of the caller’s address was updated in the variable stor6 after each call to this function.

Upon further examination of the code, we found that the number of rewards received, v3, is equal to the value of v5 divided by 0xf4240. The value of v5 is determined by the number of coins held by the address, divided by stor_b. This means that the more coins held by the address, the more rewards are received. As a result, the hackers were able to obtain a large number of NFD tokens through flash loans and created multiple contracts to recycle them, ultimately leaving the market with a substantial amount of rewards.

As shown in the above figure, the 1881 BNB and 556556 BUSD obtained by the hacker are currently left in the address 0x22C9736D4Fc73A8fa0EB436D2ce919F5849D6fD2. Numen Cyber Labs will continue to monitor the movement of funds. Flash loan attacks are becoming increasingly common, and Numen Cyber Labs reminds everyone that the protocol code must undergo thorough security checks and tests to ensure safe and stable operation. 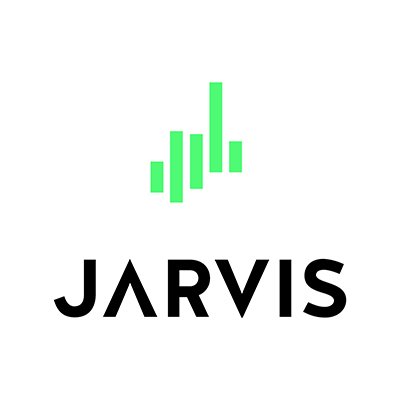 What is Aptos and How Does It Work?